It is one of Africa’s most interesting regions. Dogon people have old and rich cultural heritage: masks, dances, carving and pueblo-like dwellings. Escarpment where Dogon live is 150 km long. Villages to visit are both on the upper and lower level. Between levels there is limited number of country roads (at Dourou at Kani-Kombole) and paths. There are no signs on the paths so sometimes it is not easy to find the way 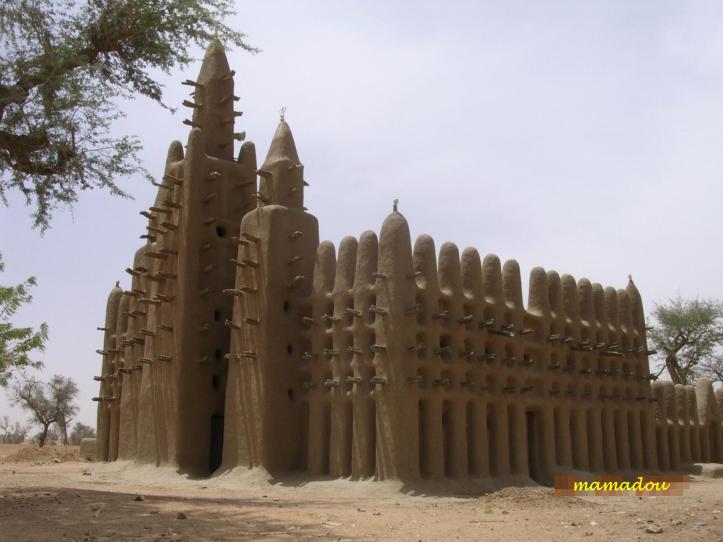 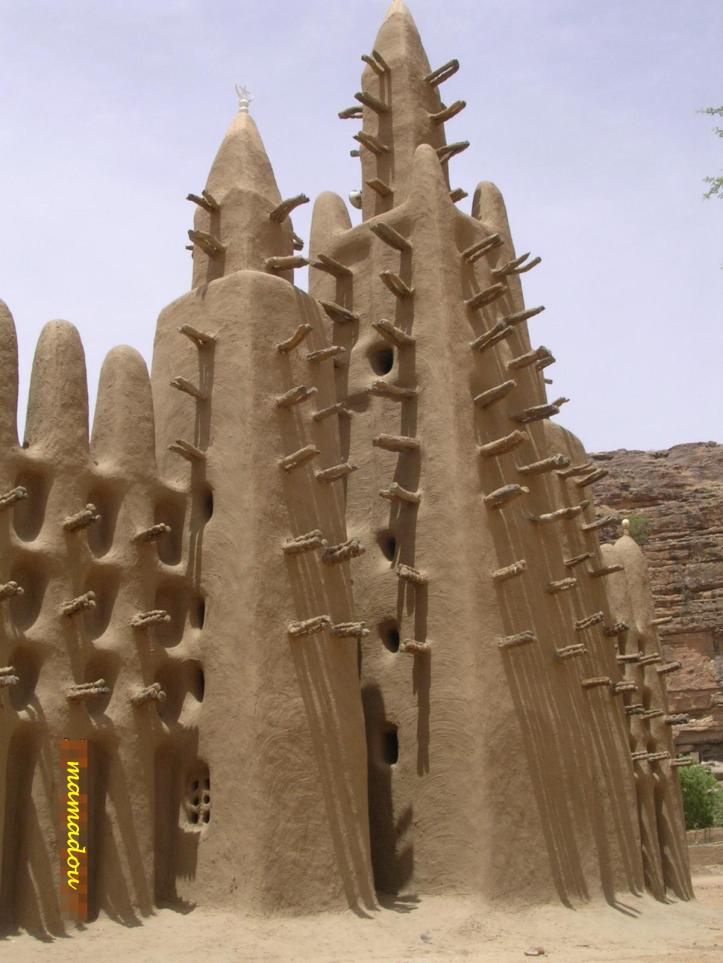 Minaret of mosque made from mud

The Dogon are a group of people living in the central plateau region of Mali, south of the Niger bend near the city of Bandiagara in the Mopti region. They number just under 800,000. The Dogon are best known for their mythology, their mask dances, wooden sculpture and their architecture. The past century has seen significant changes in the social organization, material culture and beliefs of the Dogon, partly because Dogon country is one of Mali’s major tourist attractions.

A inside view of another mosque at Kanikombole

The principal Dogon area is bisected by the Bandiagara Escarpment, a sandstone cliff of up to 500m high, stretching for about 150 km. To the southeast of the cliff, the sandy Séno-Gondo Plains are found, and northwest of the cliff are the Bandiagara Highlands. The current population is at least 450,000. 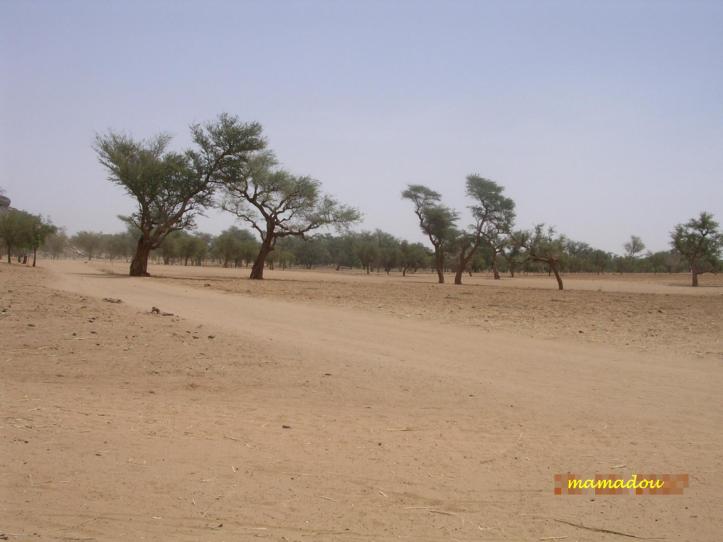 During dry season you only can see stalks of millet

Those days Dogon people built house on the cliff

Dogon insecurity in the face of historical pressures caused them to locate their villages in defensible positions along the walls of the escarpment. The other factor influencing their choice of settlement location is water. The river is nearby and in the sandstone rock, a rivulet runs at the foot of the cliff at the lowest point of the area during the wet season. 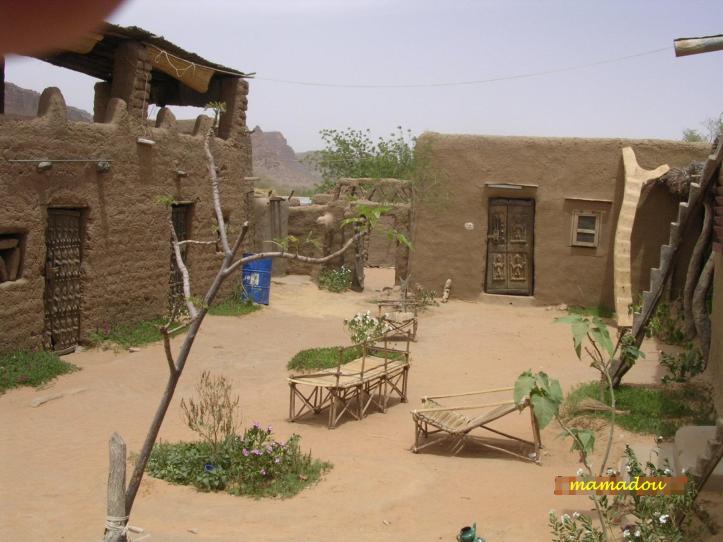 Courtyard of one of the guesthouse in Dogon Country 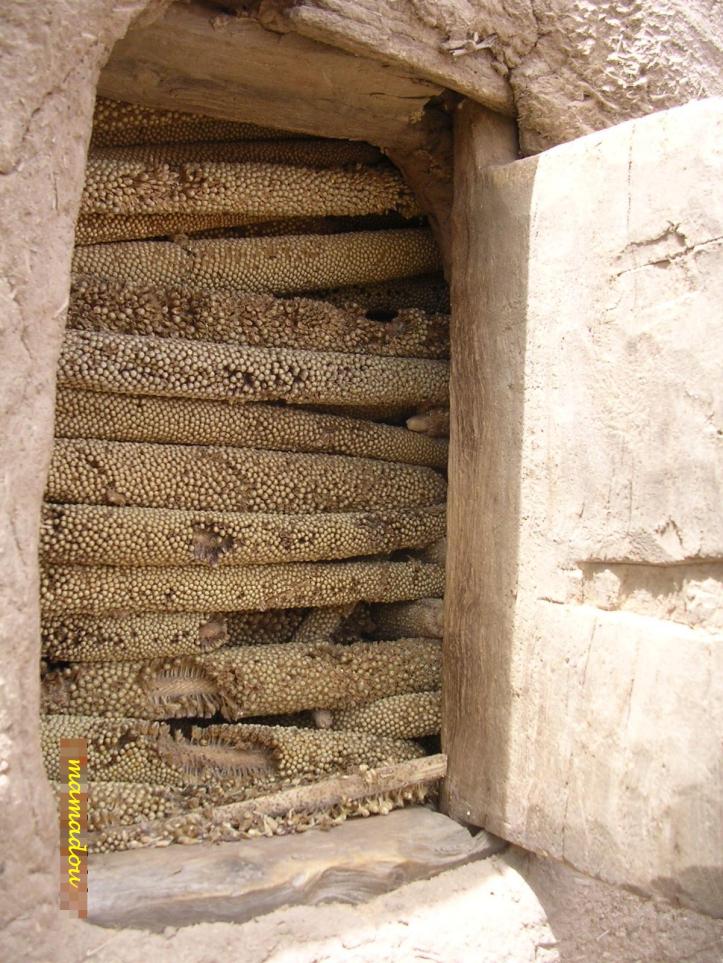 The majority of Dogon practice an animist religion, including the ancestral spirit Nommo, with its festivals and Sirian mythology. A significant minority of the Dogon practice Islam, and some have been converted by missionaries to Christianity. The Dogon record their ancestry through a patrilineal system. Each Dogon community, or enlarged family, is headed by one male elder. This chief head is the oldest living son of the ancestor of the local branch of the family

Our host entertained us with millet’s milk 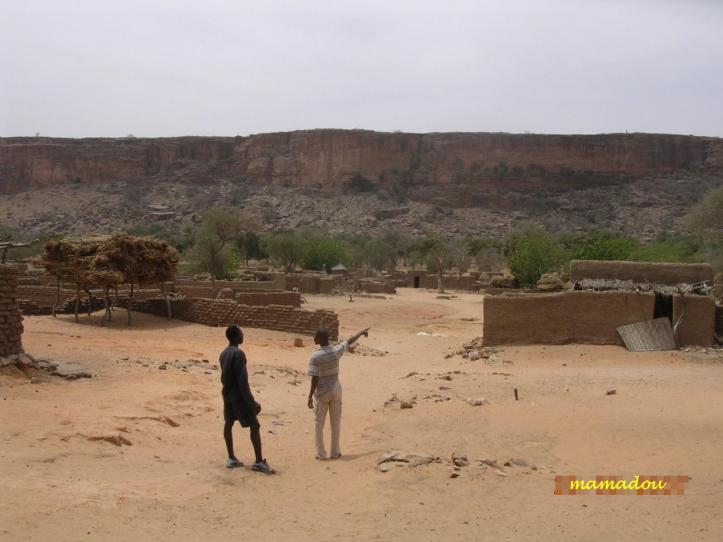 Dogon Village and the escarpment 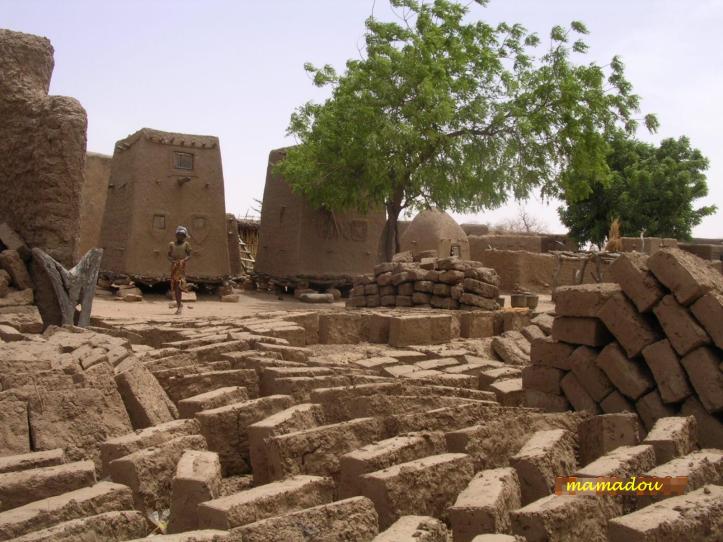 The Dogon are well-known for their masks which are used in various ceremonies and rituals. The masks are known as inima, and are believed to contain the life force, nyama. There are over 75 different kinds of masks used for ceremonies. Their woodwork is astounding and is recognised by the ‘primitive’ look which has disappeared from much African art. The Dogon use mainly red, black, and white colours, in addition to many varieties of brown developed from the reddish sand-like dirt which covers much of the land.

The roof of place where we were served with lunch

One of Dogon’s traditional game 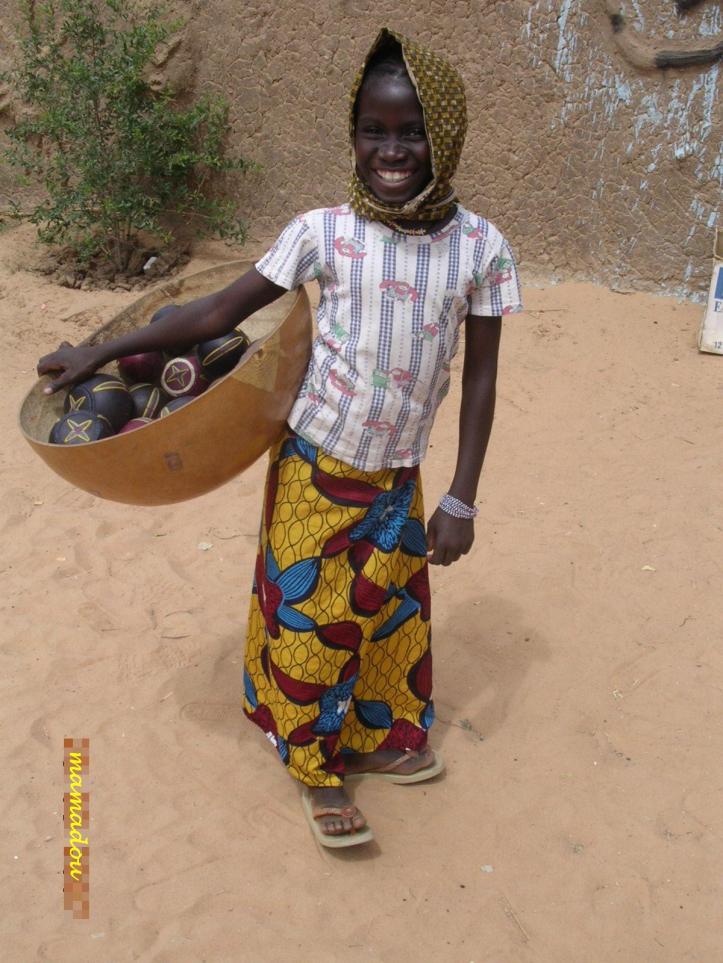 Smiling Dogon girl with her handicrafts 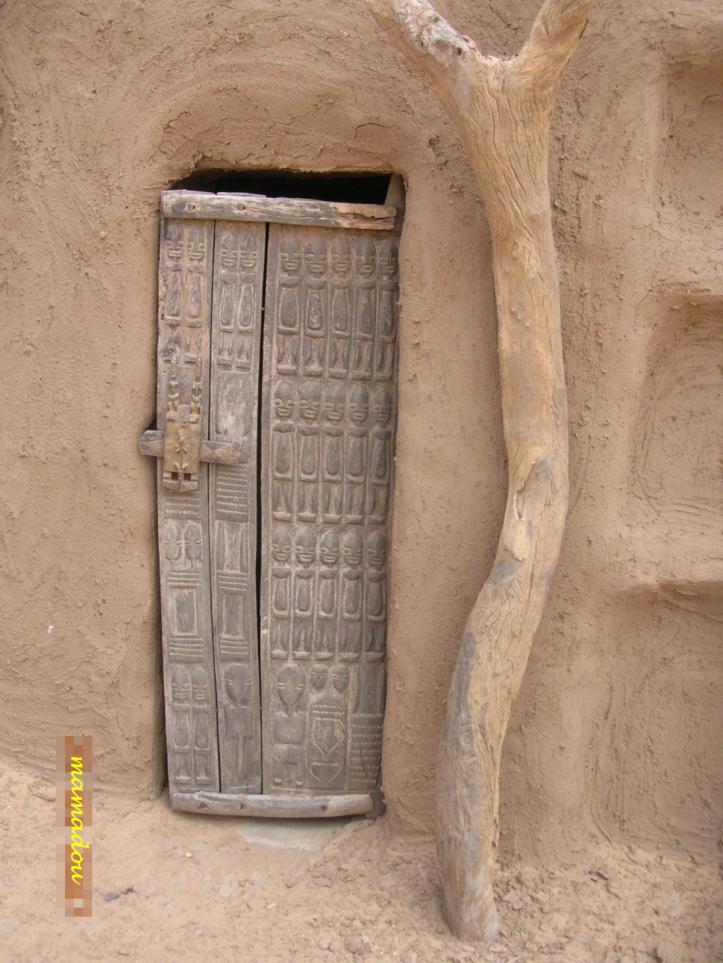 The Dogon maintain an agricultural mode of subsistence, and cultivate pearl millet, sorghum and rice, as well as onions, tobacco, peanuts, and some other vegetables. They also raise sheep, goats and chickens. Grain is stored in granaries. 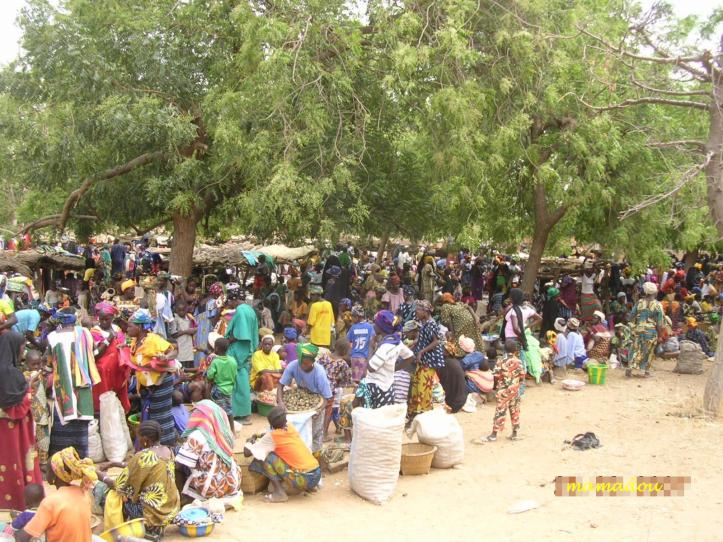 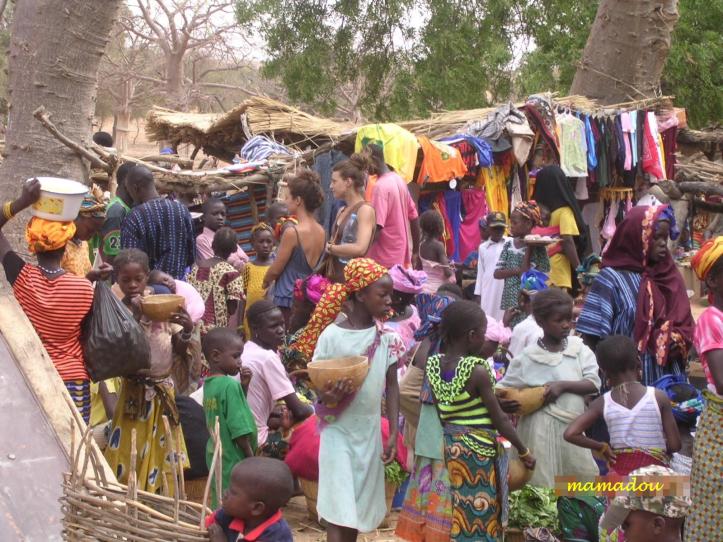 Last shot at Dogon Country before our next  journey to Bankass 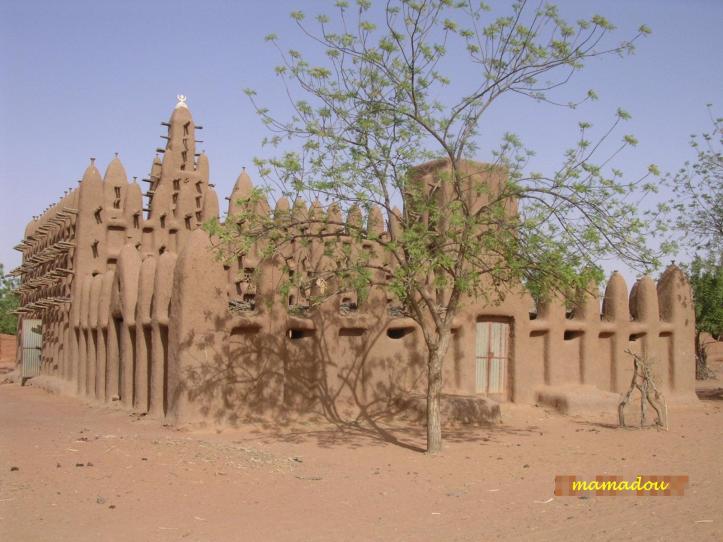 Picture of a mosque before we reach Bankass 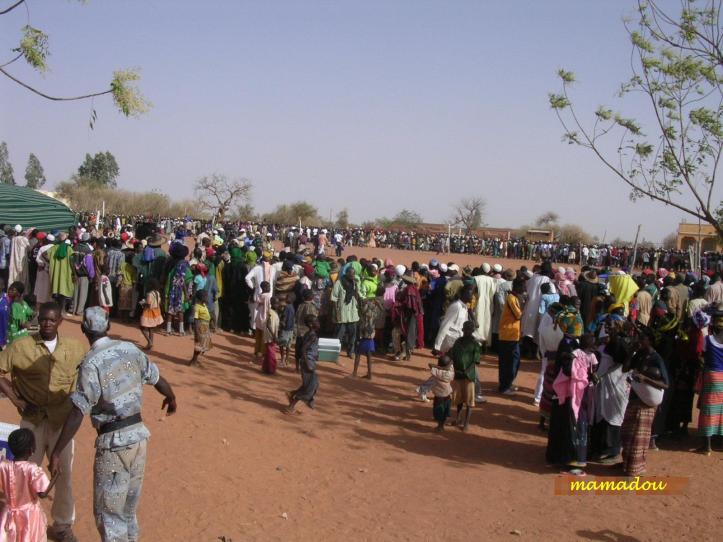 At Bankass, people gathered to welcome of their President’s visit.  Bankass is the last place to stop before crossing border to Burkina Faso